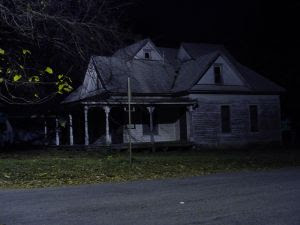 Here they come looking for ghosts again. With their electronic stuff, their television cameras, their sensors and fancy lights — all that crap. The fat one hides a cross in her purse but she tells the others that she’s not religious or superstitious. What a load. Why the people who watch the TV show don’t keep a BS detector on at all times for the likes of her I’ll never know.

They come when it’s dark because it makes it more dramatic for TV and they think they can hunt better that way. I’m here all the time, day or night — doesn’t matter to me. They want to see a ghost, they really do. They see flares and orbs and all this other crap. They don’t see anything except what their feeble minds tell them to see. I can stand right in front of them and they see nothing at all. Won’t give them the satisfaction.

Trudging through the weeds that used to be my front yard, past the little plot where Ann had her flower garden and where I eventually planted her, they trespass. They think nothing of it since nobody lives here now. I won’t let anyone live here.
They call themselves professional ghost hunters or spirit detectives. Professional, my butt. If one of them farted on tape, they’d replay it over and over, convinced someone is saying, “Help Me!” or “Get Out” or some other such nonsense.

If they really were professional, they wouldn’t come in here tonight, though. There’s something here besides me now — something that came with the darkening sky last night. It’s a big evil. Bigger that what got hold of me when I killed Ann and then slit my own wrists in 1991.
I can see it and it can see me. It follows my every step, peering on the windows, marching around on the roof above me and making the walls shake. And for the first time since I died, I want to leave. It’s been glaring at me through the windows, murmuring nonsense, scratching on the back porch and hammering on the front door since last night. I don’t think it can get in unless someone lets it in.
They’re getting close now, hiking up to the house with paraphernalia in tow. I’m waiting, just waiting, because I’m sliding out the door as soon as it opens. 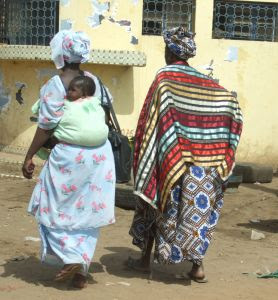 The village has waited three seasons for this day.

Bent like watsonias blowing in a field, she comes down from the mountains on the winding path. Her arrival is announced in whispers which travel from hut to hut until knowledge of her presence reaches the ears of everyone.

"Crack! Crack!" says her walking stick against the ground. The dirt and dust dance at her bare feet. The villagers sing, shake their shiny kalloos, and beat their drums in her honor. Like tiny white seeds, her teeth appear. She is pleased with the reception.

The village is silent as she stops in front of the hut of Tamubu and his family. She circles it four times, chanting the familiar words:

Tamubu's wives bow before her then run to slaughter five goats for the ceremonial feast. Four goats for each of the child's names and one goat for the Namecaster.

Tamubu throws more wood upon the fire. He puts a newly woven mat nearby so the Namecaster will be comfortable when she reads the flames and receives his son. Tamubu bows low and averts his eyes as she enters the hut.

After three season's wait, she is here and the young son of Tamubu will receive his names at last. And Tamubu bows again and again before her; his heart beating in welcome and in happy anticipation.
###
Story by Pamela Tyree Griffin
Excerpt from the upcoming book of fiction:
"The Namecaster and Other Stories of Traditional Superstition"
Photo by Sofia Henriques
Posted by Pamela Tyree Griffin 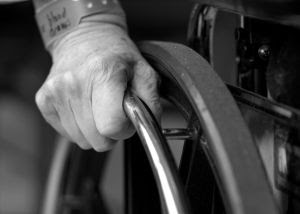 After thirty years of marriage, raising three kids, burying a lifetime of pets in the backyard and making ends meet, the day has arrived.

It has arrived not adorned in the selling of this house to buy another in Florida for our retirement.

It has arrived not sadly as we kiss goodbye the grandkids.

It has arrived not even twirling in hilarity as I don a bathing suit that hangs slack around my ample breasts out of proportion to my body...

It has arrived with you in a wheelchair, not knowing where we live.

It has arrived with you staring puzzled at a picture of your own children.

It has arrived with your sudden fear of any water even in the sink or bathtub.

After thirty years of marriage, raising three kids, burying a lifetime of pets in the backyard and making ends meet, the day has arrived.

I know I said ‘till death...But whose death were we talking about?