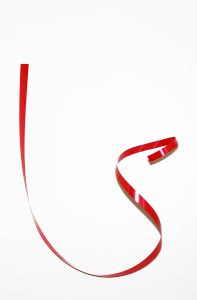 My sister Mary was 12 and I was 7 on the first day of summer vacation, out of school for just a day. Mary was finally going to be allowed to walk the two blocks down to Burke’s store all by herself — something the rest of the kids in our family accomplished by the time we were 6.

With her nickel, Mary was going to buy us lollipops. Mamma wrote a note for Mary to give to Mr. Burke, telling him what she was to buy with her nickel. If not, Mary might fill a bag full of lollipops without knowing she shouldn’t do so.

Today, even the smell of a lollipop makes me sick.
That June day was full of sunny promise. I remember looking at Mamma as she washed the lunch dishes, the strings of her apron hanging loose around her waist. Daddy had just planted his usual kiss on the top of her head before leaving for work. He said he could not begin his shift unless he kissed his sweetheart first.
I heard the snap of the screen door as it slammed shut and the creak of the third step off the back porch that Daddy never got around to fixing. Daddy’s whistling as he walked to the car is as clear to me as if it happened today. The clink of the dishes, the scrape of food into the garbage pail, the billowy softness of mamma’s yellow curtains are as vivid to me now as then.
Mary was so excited, and not just about going to the store, either. Summer meant the end, at least for a while, to her waving goodbye from the porch as I walked to school with our brothers.

It meant that we could be together every day.
Mamma watched her skip down the sidewalk, her long pigtail captured in a red ribbon to match her shorts. Mamma said she watched her go into the store. I asked for a glass of orange juice and Mamma got it for me.
My two brothers came in making a commotion, pretending they were flying planes in the war or something like that. The baby started crying and Mamma went to pick her up. When Mamma went to the front porch and called for Mary, I was thinking Mary was playing in the backyard. I went out back to look, but she wasn’t there. Mamma said, “Sarah, go on down to the store and fetch your sister.” That was fine by me, since I was getting impatient.
She wasn’t at the store either, and only her red ribbon on the sidewalk marked her place. I picked it up and put it in my pocket. She wasn’t anywhere. Mary made me mad now, even though we knew we weren’t supposed to get mad at her. She didn’t know what she was doing.
Until you know for sure what has happened, and even when you do, everything is regret. Blame and loss hang over everyone like a thick fog. Should someone have gone with her? Should we have noticed sooner that she was gone? If we had called her name just once, would she have heard us and come running? Did we take too long to call the police?
Life went on the way it does. I had one dream of Mary where she told me she was OK and she told me not to worry. That made me cry because it was the only time Mary had ever spoken. For the rest of her life, Mamma would weep for no reason: at least no reason I understood until I had children of my own.
I keep Mary’s red ribbon, now frayed and faded, in my jewelry box. There are rings and trinkets in there that shine and twinkle but are not nearly as precious to me as that one piece of fabric. 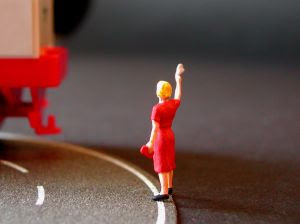 She donned her coat, her hat, her gloves
and waved goodbye the mourning doves
nested in the willow tree
and last of all said goodbye to me.

Where she went I did not know.
When she’d return was a mystery so
I gave her a hug and a hug some more
and watched her leave through our front door.

Down the street in a sort of prance
that was her simple farewell dance.
A twirl, a skip, a jump, a hop;
no pause to turn or even stop.

Before I knew it she was gone
around the corner and beyond.
I’ve watched for her daily from our gate
for forty years and still I wait.