Let Them Bless The Child - Please 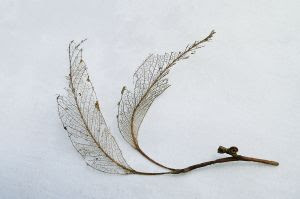 (In parts of India hijras (eunichs) may be invited to certain celebrations. Some believe they bring good luck.)


"But they must be allowed, Dhir. The baby is coming!" Suman's cries could be heard all through the village. "Upon my knees I am begging you to let them come before it is too late!"

Suman's cries, loud as they were, fell upon deaf ears. For Dhir, who was educated in the ways of the west, no longer believed in, nor would he honor, the traditions of his forbearers."I will not have them in the house! They are filthy - those not man and not woman creatures. And they should come into our home, with their stench and their unnatural chants and prayers over our child? It is ridiculous!"


Embarassed, Laila the mother of Dhir, wept in a far corner of the room. Had she not raised the boy properly? How could she have known that the short time in America would have so turned his mind? The hijras had been summoned and were ready. Yet unless invited inside they could not come in to perform the rituals.


Dhir thought, had he not taken every precaution? And had he not taken his wife to the doctor in Delhi and was told all was well? Why then did he need the hijras? Why was he, the man of the house and the father of the child, disrespected in this manner?


Suman's mother held her daughter's hand tightly as her only child labored. She had always liked Dhir and had thought him perfect for her daughter. Yet she had not suspected he so despised the beliefs upon which he had been raised. Now she was certain that evil surely would befall them all.


Four floors below, on the stone path in front of the great house, the hijras waited. Dressed in their beautiful golden threaded saris, with their incense,dance and chants, they were ready to begin. They heard the cries of the soon mother and the angry shouts of the soon father. They were anxious to perfom their rituals for the nearly born but knew the chants and prayers must be done in the room... before the child was born. Afterward it would be too late, and they would be able to do nothing.

Bad luck would ensue without their attentions. They waited for the invite that would never come.As they retreated, Suman could hear the tinkle of the little bells on their ankle bracelets. The tones became more and more faint and the band left taking their whispers of goodwill with them.

Feet first and early in the morning, came the baby. Feet first - a terrible sign. When Suman was told this she became quiet and labored on. She stared into the eyes of her husband but hers was not a look of love.

Three hours later,the baby's distorted head became visible. In one final push out she came - joined at the head by her own mirror image. At once, the grandmothers screamed and wailed in outrage, striking Dhir with their fists. He was to blame for this. He alone had not allowed the blessing of the hijras and now look at what had befallen them.

Dhir, knew full well that this could not have occurred just in the hours before birth. The babies had to have been that way all along and not because there had been no welcome extended to the hags.He forced to the very back of his brain, the little pictures of the baby taken at the doctor's office with the special machine. Not clear enough to tell the sex of the baby - but clear enough to tell there had been only one. Only one.

Across the village, Suman could hear the songs of the hijras as they danced and sung at another house. Whether wedding or birth or other celebration, she did not know. She did know good luck would follow there. Not like here. Not like today.

This is was what Suman thought as she rose from the bed and plucked her babies from their bedding. Holding them closely, she opened the glass doors that led to the balcony.Dhir sat with his head in his hands. The women flinched as if struck when Suman motioned for no one to follow. She wanted time alone before they would all become either the stuff of scorn and ridicule or of curiosity and delight. These were her thoughts as she edged to the end of the balcony.


The babies,unnamed and unblessed, whimpered for the breast. Suman cooed and stroked them. Seated in the kitchen, the women wept. Neither could Dhir hold back his tears. All was quiet on the balcony.

Perhaps Suman had begun somehow, to feed the little ones. Suman heard the sad tones of her mother, mother-in-law and husband. She then climbed over the ornate wrought iron that circled balcony.


Covering the faces of her unnamed and unblessed daughters, Suman dove into the light of the rising sun.